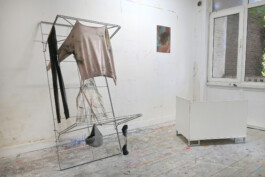 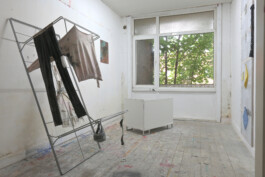 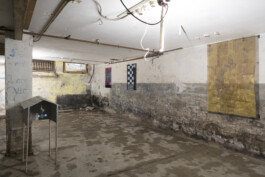 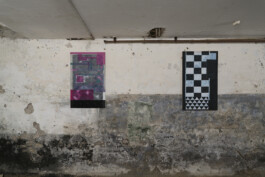 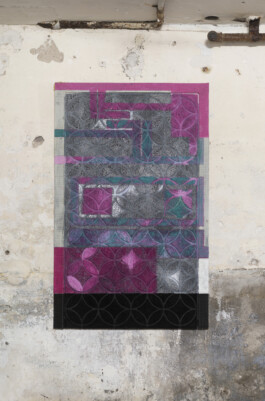 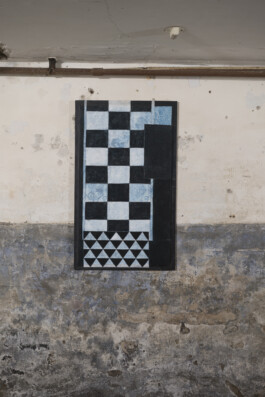 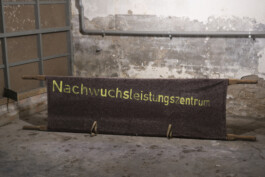 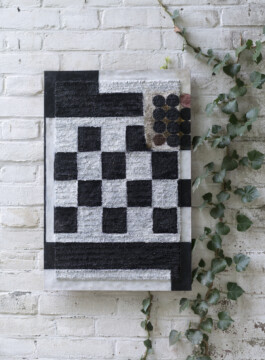 In the early 2000s, at the invitation of Southwark council, the artist John Latham designated his house a public sculpture, redesigning its ‘face’, renaming it ​FLAT TIME I-I O​ and re-framing the activities from there on in. Latham named the house after his theory of ‘Flat time’, an intuitive notion that involves all phenomena spatial and non-spatial alike; a theory which Latham devised as an alternative reality-base to the mathematical model of spacetime. To complicate things further, Latham also referred to this notion as the ‘Event Structure’ or ‘Time base Theory’ as well as ‘Flat Time’.

Sharing a time-base meant, for Latham, that ​objects are experienced as traces of events​. Accepting this empty and solid but also, importantly,​ ​unifying​ time-base and viewing objects as traces means that, beyond the scale of smears, scuffs and residues of action, a house itself can be seen as a trace: a set of ongoing societal processes.

And when a house, like this one you stand in now, has a bracketed moment alone, (some time untouched after some inhabitants have left) minimal traces, of multiple species, continue. Mildew forms its inroads on canvas already made sodden. Insects bore into the cracks of wooden floorboards. Woodworm lay their eggs in furniture and timber frames. The house is ​both empty and solid because to inhabit (a place, a body, a world), is also to adapt, move, ingest, get rid of and grow. It is because materials are entropic, that time is visible.

When inhabiting a house as a studio, the house brackets the practice. All things share the quality of duration; patina and process develop in parallel and ​notions​ change names. The time it takes to refer to an all encompassing notion overlaps with the specificity of any bodily function​—​yours, mine and any​body’​ s. And this event-structure could not dream of separating art from life, of course.

Framing a practice ​involves all phenomena spatial and non-spatial alike. But the​ activity within a house can share a​ reality-base, without a notion.​ The ‘unlivable conditions’ of this house mark it for demolition. The objects here can be experienced as traces of multiple events, whether small mishap (minor revelation) or Big bang (major renovation). It is both empty and solid to say that nothing occurs outside of time.