curated by Jakob Forster
and kindly supported by Kulturreferat, München 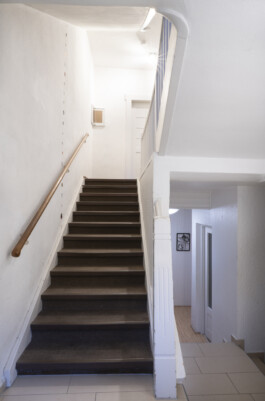 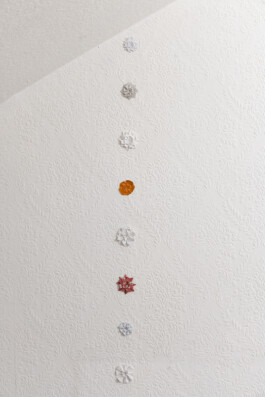 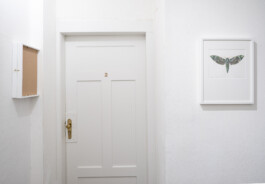 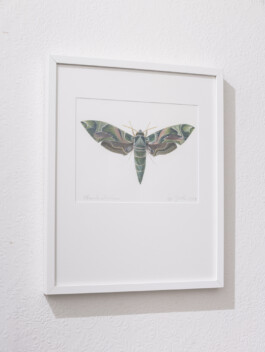 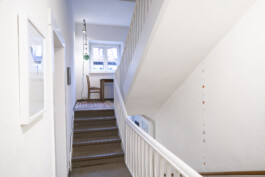 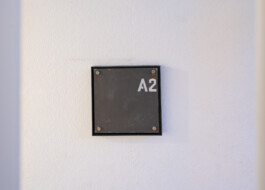 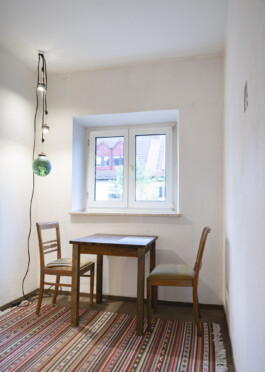 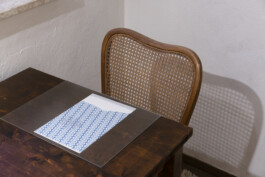 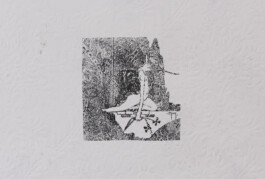 Antonia Brown, In Particular 1915 (from the book of repulsive women), 2022, rubbing on wallpaper 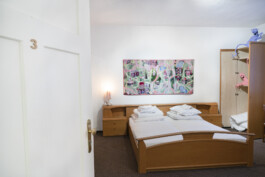 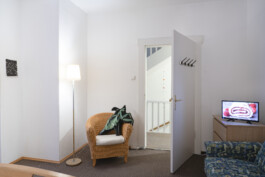 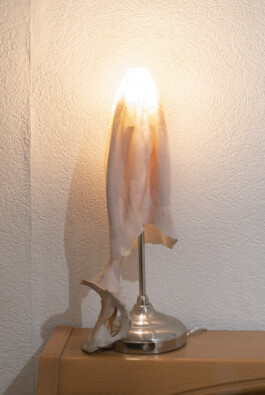 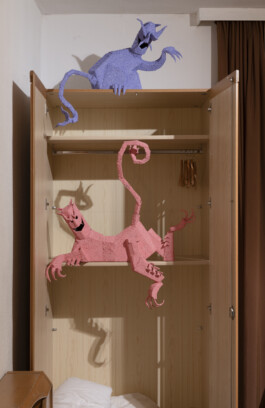 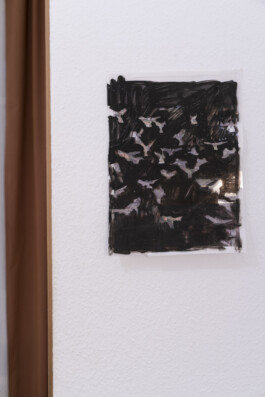 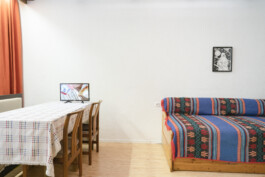 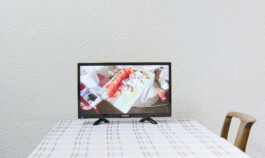 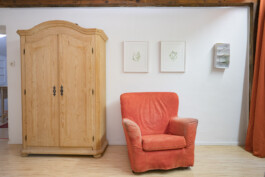 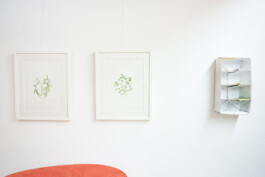 An integral part of the exhibition is the place where the exhibition program will take place. The bed and breakfast Pension Lutz in Munich Gern has been offering accommodation for decades, primarily to travelers, relatives of immediate neighbors and job seekers in Munich. It originally started as a family business, but has been leased out for quite some time now. I know the Pension Lutz well, as my stepfather has been running it for 13 years. At the latest since the start of the pandemic, the bed and breakfast concept is no longer viable. At the same time, the demand for rooms of all kinds is increasing in Munich, especially for living spaces. Accordingly, permanent tenants, I.e. people who simply cannot find a permanent hime, are living in the Pension Lutz time and again.

The exhibition should be a tangent to the boarding house, that is, it should not interrupt or disturb the life, that has taken place there in its special form. In the bast case it should run parallel to it and in parts take a creative-decorative relationship with it.

Michael Jicha is a self-taught artist. For the past thirteen years he has filled the house with naturalistic depictions of plants, insects and birds, It is a matter of concern for me to include these design decisions of my stepfather in the planning, in addition to the guests.

For some time now, I have been thinking about Thomas Mann’s century-old story „Buddenbrooks“ and the matter-of-factness with which its characters spread out and take up space across sentences, pages and chapters. And in contrast, I read the boarding house as a minimum: a minimum of space per head; a minimum of stories shared; traces attempted to be reduced to a minimum. The relationship between Thomas Mann’s story and the boarding house amounts to a clash of maximalism and self-evidence with minimalism and self-forgetfulness. I find and see reflected in the work of other contemporaries that the lives of those who are no longer young, who have not made a career and who are not granted a voice as a matter of course, leave traces and are significant. Pension Lutz is, or has become a place that gives these people a place. The exhibition is intended to contribute to the visibility of the place and the significance of the work in hiding. Instead of seeing the concept of the bed and breakfast quietly disappear, I want to give expression to its importance with the help of contemporary artistic gestures and activities.